The Supervisory Board adopted a Business Report of JP Elektroprivreda BiH d.d. - Sarajevo for 2018. 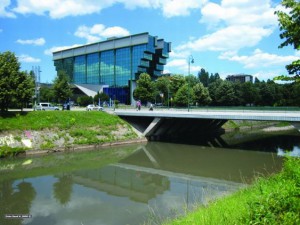 Last year JP Elektroprivreda BiH d.d.– Sarajevo realised total income in amount of 1 billion / 60 million KM.The profit before the taxation, amounts to 61,42 million KM, and net profit 52,38 million KM, which is significant increase in relation to planned profit (15,91 million KM). Compared to 2017.the financial result is better for 60 million with the costs and expenditures reduced by more than 155 million KM. During 2018. the number of end customers was increased by more than 8 thousand customers with properly electricity supplies.

Elektroprivreda BiH generated 7.245 GWh electricity in 2018. The electricity increasing for 3,4 percent compared to 2017 was achieved due to very good hydrologic conditions during the first months in the year. The hydropower plants participated in total electricity production with 22%, what was more than planned and realized participation in 2017.

The investments in activities and recapitalization of ZD Coal mines in value more than 70 million KM have been realised. And it also was paid out dividend to owners in amount of 69,7 million KM from the realised profit in accordance with Decision of the Companies Assembly.

In the last year the business of JP Elektroprivreda BiH d.d. – Sarajevo was characterised  by active participation at regional electricity market and, continuation of reducing the electricity distribution losses, support to the mines for maintenance business liquidation, siginificant development phases in electromobile as potential new business for EPBiH, and also was realised participation of several projects financed from EU fond.